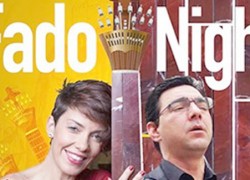 Beginning October 15, 2015, Portuguese fado singers Ana Laíns and Pedro Galveias will perform in concerts and education events in venues throughout the states of New York, Massachusetts and Rhode Island.

Ana Laíns’ music spans the full depth and breadth of Portuguese fado music, an art form recently recognized by UNESCO for its profound importance to world culture. Ana’s music has achieved wide critical and artistic acclaim, as well as various prizes — including best young female singer in Lisbon’s “Grande Noite de Fado” (Grand Night of the Fado), the country’s top fado competition. She has released two CDs – Sentidos and Quatro Caminhos – and performed extensively both within and outside Portugal. The tour follows closely on Ana’s one-year tenure as the international ambassador of the Portuguese language.

Pedro Galveias is one of the most established and storied voices of Lisbon’s traditional fado scene. Pedro has released two CDs – Assim se Canta and Loucuras de um Fado – and was twice a winner in the category of best male singer in Lisbon’s “Grande Noite de Fado”. Pedro is one of a very small number of singers who studied under the great Fernando Maurício, perhaps the greatest male voice of the fado in the past thirty years. 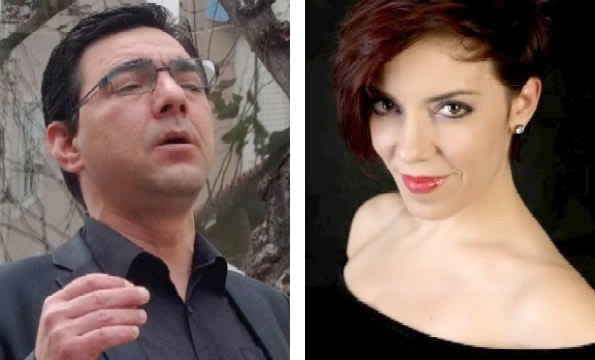 Accompanying the singers are two master musicians, Sandro Costa, on the Portuguese guitar and António Neto, on the viola do fado, both of whom have performed widely at all levels of the fado, from Lisbon’s hidden taverns to the worldwide stage.

Together, the music of this group embraces traditional and contemporary expressions of Portuguese fado, with stories of heartache, joy and longing conjuring images of Portugal’s centuries-old history and of our shared human condition.

The tour kicks off with a concert at Eastman School of Music in Rochester, NY on 16 October, and includes shows at University of Massachusetts Lowell on 23 October and at the Lusitano Restaurant and Gardens in Fall River, Massachusetts on 24 October. . As part of the tour, the group will be holding university workshops, school visits, and other activities to introduce a wide range of people to fado music in particular and to Portuguese culture in general.

The tour is organized by Portuguese/American Cultural Exchange, Inc. (PACE), a Massachusetts not-for-profit whose mission is to bridge US and Portuguese cultures through the fado. The tour follows previous highly successful PACE programs, including tours by Ricardo Ribeiro, Rodrigo Costa Félix and Duarte Coxo, with extensive participation from US-based fado performers. The tour is partly made possible through a collaboration with the Center for Music Connections (CMC), a Portugal-based not-for-profit that promotes cross-cultural musical exchange.