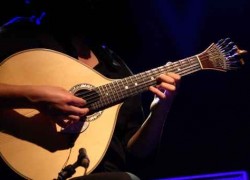 Fado is considered Lisbon’s song, which makes Lisbon one of the few cities in the world with its own musical style, one that has come to symbolize the soul of the entire country.

The UNESCO committee of experts praised Fado as an “example of good practices” that should be followed by other countries.

In a statement issued in Paris, the committee described Fado, which was popularized around the globe by the late singer Amália Rodrigues, as a “genre of great poetic and musical versatility” with a “strong sense of belonging to Lisbon.”

UNESCO’s Inter-governmental Committee will meet in Indonesia, between November 22 and 29, to vote on its new World Heritage list.

Recently, Portuguese Parliament had endorsed the initiative in Portugal to promote Fado as UNESCO’s World Heritage Cultural Patrimony. The city of Lisbon had submitted its request to UNESCO on July 2010.

At the previous legislature, the Portuguese Parliament had unanimously adopted a resolution supporting the initiative which goal is to preserve Fado’s cultural legacy.

While its origin is unknown, historians believe Fado is a blending of songs by Portuguese homesick sailors, African slave songs from Brazil and ancient Moorish ballads.

Recently, the Fado Museum was created in Lisbon to preserve Fado’s heritage.