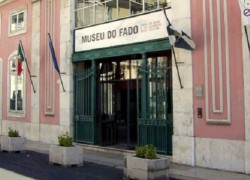 Fado has been sung in many different ways by old respected names such as Amália Rodrigues, Maria da Fé, Hermínia Silva and Carlos do Carmo. But new voices have emerged and a new generation of Fado singers namely Cristina Branco, Mariza and Ana Moura, have given fresh voice to the ancient song.

Fado is Portugal’s most significant musical form and its main contribution to the music of the world. According to the The New York Times  “A so-called novo fado, or new fado, movement has catapulted the genre into the 21st century, opening a space for bold experiments with repertory, instrumentation and ways of singing.”

Today’s young Fado singers are not only performing all over the globe, they are writing their own songs. “One reason is their desire to address contemporary themes in a contemporary way, but another clearly is the long shadow that Amália Rodrigues continues to cast,” notes the NYT.

Recently Portugal submitted Fado to the UNESCO World Heritage in an attempt to preserve its legacy. A Fado museum was created to preserve Fado’s  archives and plans are underway to introduce Fado in the national curricula throughout the country’s  schools.