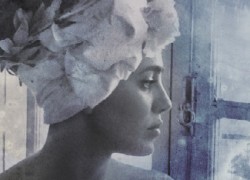 Portuguese fado singer Gisela João has been generating white-hot press since the release in 2013 of her latest CD, the self-titled “Gisela João” (label), which she will debut in the US on June 8 at the New Jersey Performing Arts Center (NJPAC) in Newark.

Gisela João’s approach to fado performance has been a flash point. Where other singers communicate the fado’s strong sentiments solely through their voices, Gisela João’s fado is a full-body experience: on stage, she jumps, she gestures, she emotes; offstage, her interviews are similarly wide-ranging and expansive.

She moves swiftly from discussing fado to house music to ambient. And in so doing, she has endeared herself to younger audiences in particular, both adhering to and challenging cherished notions of traditional fado. In a short interview for the Portuguese American Journal, she resolved the apparent contradiction: “I believe that all genres of music end up influencing all others because music thrives upon life itself.”

Born in Barcelos in 1983, in the far north of Portugal, she moved to Lisbon in 2010 to begin her singing career in earnest. Shortly thereafter she began working at Sr. Vinho, the storied fado house owned by the singer Maria da Fé and her husband, the poet José Luís Gordo. 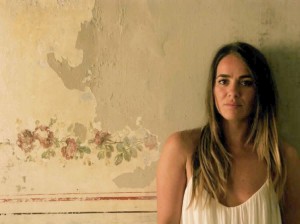 Her tastes in the fado cover well-known singers such as Amália Rodrigues, but also Beatriz da Conceição and Maria Teresa de Noronha, as well as Max and Tony de Matos.

Among the lyricists she cites are two contemporaries who are well regarded within the fado community (Aldina Duarte and Manuela de Freitas), as well as Ary dos Santos – an immense figure of Portuguese poetry and of fado lyricism whose work is heard on recordings by Amália Rodrigues, Carlos do Carmo, and many others. In contrast are artists well outside the fado, including the composer Steve Reich, the musicians David Byrne and Brian Eno, and the singer Frank Sinatra.

As with many of these artists, Gisela João’s point of musical reference is the lyric. As the oldest of seven children–and with some responsibility for helping to raise them–at eight years-old she saw reflections of her life in the lyrics of “Que Deus me perdoe”, which speaks of attempting to flee one’s fate and finding solace in the fado (the title translates as “May God forgive me”). “Without a doubt,” she says, “it was the force of this lyric that brought me to the fado.”

Like many others, Gisela João is not the first fado singer to venture into other musical styles, either in her tastes or in practice. Yet, while other singers have diluted their fado with other music genres, she says, “I like traditional fado, pure and raw,” and very little about the current CD contradicts this statement.

Notable among recent releases, the CD “Gisela João” is strikingly traditional yet emotionally supercharged. With few exceptions, the selections are firmly within the fado canon. Some of the choices are refined, even inspired, including “Sei finalmente” (with lyrics by Linhares Barbosa) and “Vieste do fim do mundo” (with lyrics and music by João Loio), while others, such as “Primavera triste” (with lyrics by Aldina Duarte), map out some of the fado’s contemporary psychological territory. 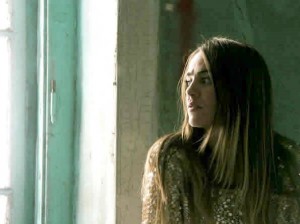 In a nod to tradition that is so post-tradition as to appear innovative, the midpoint of the CD is marked not by her voice, but by the all-instrumental “Canto de Rua”, a piece composed by Carlos Paredes–himself a figure both inside and outside the fado tradition.

This is an elaborate highwire act of a record, succeeding and failing in parts (does the world really need a rap interlude during “Casa da Mariquinhas”?…), yet unquestionably defining a new voice for the fado. In recognition, the singer and the CD have garnered a number of awards including, most recently, a Golden Globe in Portugal for Best Individual Interpretation.

Regarding the next phase of her work, the singer believes it is still too early to think about her follow-up CD because, while the ideas are always coming, the current CD is not even one year old: “If it were a baby, I certainly wouldn’t be thinking already of having one more!”

The show at NJPAC, in Newark, NJ, is part of the multi-week celebration of Portugal Day, and represents a return of the fado to this venue after a long absence. Gisela João will be joined on stage by Ricardo Parreira (Portuguese guitar), Tiago Oliveira (on the viola de fado), and Francisco Gaspar (on the viola baixo).