Extreme weather: More than 500 dead may be related to heatwave – Portugal 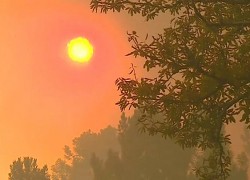 The Director General of Health, Graça Freitas, said Wednesday that there were more than 500 dead, between Sunday and Tuesday (August 5, 6 and 7), that could be related to the heatwave that has hit the country in recent days.

Stressing that it is necessary to determine the causes of these deaths, and exercise caution in analyzing the data, she stated that “there was a daily variation of more than 500 recorded deaths,” that required further analysis.

Graça Freitas said that, examining the demand for health care by the general population in recent days, it was from Saturday on that the greater impact was noticed.

In the past week, Portugal mainland was hit by a severe heatwave, with temperatures reaching 113 Fahrenheit or higher across the country. The above average temperatures were expected to have an impact on public health and fire propagation. The situation required the population to take protective measures.

As a consequence, the country has been struggling to contain wild fires, including a major blaze in the southern region of Algarve. Hundreds of people have been evacuated and 29 were reported hurt. No deaths were yet directly related to the fires.

In June 2017, when temperatures reached values well above average, 64 people were killed in the deadliest wildfires in Portugal’s history. The fires burned for five days in the central region of the country. Many of the victims died trapped in their cars by the flames while trying to escape.

Since the beginning of the twenty-first century, Portugal has registered occurrences of extreme high temperatures in 2003, 2013, 2017 and 2018. This summer, record high temperatures across Europe have triggered deadly wildfires from Sweden to Greece.