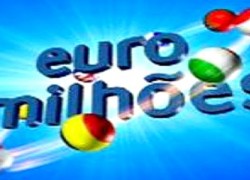 Tuesday’s (July 12) drawing of the Euromillions produced one jackpot winner in the United Kingdom. The fortunate sole winner gets the entire €185 million Euros ($265 million USD). In the United Kingdom lottery winnings are exempt from personal income tax.

When the Jackpot first reaches or exceeds €185,000,000, it will remain at that level until there is a winner and any additional prize money rolled over will be added to the pool for the next lower prize level containing at least 1 winner (5 main numbers + 1 Lucky Star or possibly even just 5 main numbers).

Once the jackpot has been drawn Tuesday, it goes back to the beginning — €15 million Euros ($21 million USD) on the next drawing happening on Friday, July 15.

Other results from Tuesday:

The “EuroMillions” is very similar to the American multi-state lotteries “Powerball” and “Mega Millions,” with one substantial difference – the entire jackpot is always paid in a lump sum. There is no 30 year installment plan like with the American lotteries.

As established by current rules, there is a “Jackpot Pool Cap” set at €185 million ($265 million USD). The maximum cap has been reached after the last lottery drawing on Tuesday. The prize money will create the biggest winner in Europe if a single ticketholder scoops the lot.

If the lottery is won by a single lucky ticket-holder, their prize will dwarf the previous record victory — won by an anonymous Briton who took a €129,818,431 prize last October.

Before that, the record was held by an anonymous 25-year-old Spanish woman who was the sole winner of a €126m jackpot in May 2009.

The previous record jackpot was €183,000,000, won by two French people and one Portuguese in February 2006 when the jackpot rolled over eleven times.

Each bet costs two Euros and the player must choose 5 out of 50 main numbers plus 2 out of 11 “lucky stars.”

Getting the 1st prize Jackpot in the “EuroMillions” is a 1 in 116,531,800 chance – far better odds than with the American counterparts.

In Portugal, lottery prizes are exempt from personal income tax (IRS). The lucky winner walks away with the whole prize — no tax liability!

If you like math, read this article (in Portuguese) in which Albino Linhares calculates the odds of winning the “EuroMillions” prizes. This article was written before last year’s update from a pool of 9 “lucky stars” to the present pool of 11 “lucky stars”. Thus, the odds calculated in the article are smaller than the current odds.