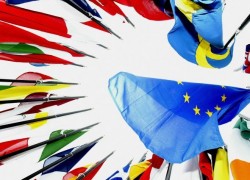 European partners agreed Thursday to a second bailout to Greece, in the amount of 158 billion euros, and to grant Portugal and Ireland lower interest rates and longer deadlines to repay their loans, under the agreement with the European Union and the International Monetary Fund.

The interest rate for Portugal went down from 5.7% to 3.5%. Similarly to Greece, both Ireland and Portugal will be given 15 to 30 years to repay their loans, as opposed to the previously agreed 7.5 year-deadline.

Praising the “robust” response of the Eurozone leaders, Portuguese Prime Minister Pedro Passos Coelho said in Brussels, Thursday, that the new deal will allow Portugal and Ireland to see “increased the conditions for success” and calm markets.

“It was very important that the Eurozone countries agreed that the Greek situation is unique and has no parallel in any other European country, like Portugal and Ireland,” said the Portuguese Prime Minister.

Early in July, Moody’s ratings agency downgraded both Portugal and Ireland’s sovereign debts to “junk status” on the fear that more bailouts would be required.

The markets reacted positively to the announcement, with the euro rallying against the dollar, but for many European leaders, allowing Greece, Ireland and Portugal a few years longer to repay their loans and by granting them lower interest rates, was a short-term solution that buys a little time but does nothing to solve the crisis within the Eurozone.