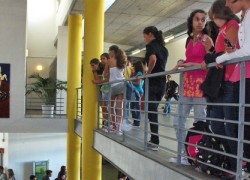 — Representatives from Escola Secundária da Lagoa, based in São Miguel, Azores, will attend the Microsoft Partners in Learning Global Forum, to receive the 2012 Mentor School recognition award as one of the World’s Most Innovative Schools. The event will to be held November 7–10 in Washington, D.C

More than 700 of the most innovative global educators from 75 countries will participate in the forum to be recognized for teaching excellence. Leonardo Amaral, the school Principal at Escola Secundária da Lagoa, and Paula Silva, President of the Pedagogical Council, will attend the awards ceremony.

This is the first time a Portuguese school has received this prestigious international recognition through the Microsoft’s Partners in Learning for Schools program. The goal, according to Microsoft, is “to encourage students to become proactive, productive and capable of developing 21st-century strategic skills: connectivity, communication, creation, coordination and collaboration.”

There are 33 new Microsoft Mentor Schools named this year worldwide. According to Microsoft guidelines, “Mentor Schools have to achieve a level of change within their education systems and are viewed as leaders in their countries and regions. Their innovations have a global interest and are replicable models that other schools can follow.”

With its motto of “Feel, Think, Grow and Inspire,” Escola Secundária da Lagoa “has devoted itself to innovation as a way to attract and motivate its students, who mostly come from disadvantaged financial and social backgrounds and families of deficient schooling,” Microsoft said.

Escola Secundária da Lagoa is a 10 year old secondary public school, grades 7 to 12, with a population of 1,113 students, 112 teachers and 55 classes. The school is based in the town
of Lagoa, an underprivileged community
of São Miguel island.

According to Leonardo Amaral, the school Principal, 70% of the students at Escola Secundária da Lagoa are considered disadvantaged and receive some sort of public assistance. He told the Portuguese American Journal, “Our main concern is to guarantee that all students receive a quality education” and he added, “We have innovative teachers and innovative programs. Our goal is to bring innovation to the classroom by encouraging our students to explore it outside the walls of the school.”

About the Microsoft’s Partners in Learning for Schools program Amaral said “This is not a competition. We work cooperatively. After meeting the requirements we designed our own goals and presented our project to Microsoft. We were chosen to participate last year as a Pathfinder School in this program. This year we were chosen to continue our work as a Mentor School through collaboration and sharing of our practices with other schools worldwide and schools in the Azores. We also encourage teachers supporting teachers, students helping students and school engagement with the community.” 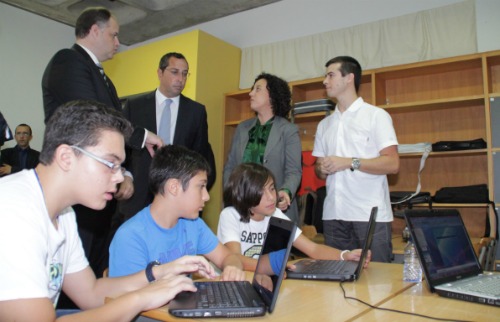 This year, besides Escola Secundária da Lagoa, Microsoft highlighted the work of two additional Mentor Schools namely the New Maryland School, in Canada, which changed its focus to teach 21st-century skills and Highland Tech High, in Alaska, where students get one-on-one access to computers.

Microsoft also named 65 additional Pathfinder Schools this year. According to Microsoft, Pathfinder Schools are those that “demonstrate strong school leadership skills with a proven record of creativity and successful change implementation, have a vision for learning, and have started on the road to whole school transformation.”

Being named as a Pathfinder or Mentor school gives teachers and students access to training tools, training events, software and virtual universities. Through the Partners in Learning program, Microsoft has trained 16 million teachers and students worldwide. Those schools seeking a deeper level of engagement in the program can then apply to become Pathfinder Schools and work toward achieving Mentor Schools status. 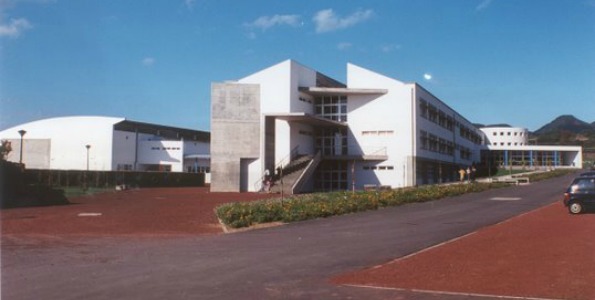