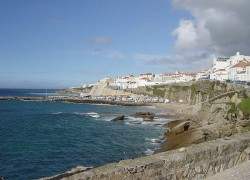 Ericeira beach resort, off the coast of central Portugal, was named the first surf reserve in Europe by the international organization Save the Waves.  The distinction is an international recognition for efforts in the preservation of natural resources.

Save the Wabes also named Ericeira,  along with Santa Cruz Beach in California, the two top world surfing reserves. The two reserves were picked from more than 100 other nominees worldwide. Two addtional reserves were also named, Malibu in Los Angeles and Manly Beach in Sydney in Australia.

Ericeira was already recognized as one of the best destination for surfing for the quality and consistency of its waves and for its biodiversity.

Located less than 50km from Lisbon, Ericeira coast stretches over 4km from the beach a Empa to São Lourenço beach. The famous beach of Ribeira d’Ilhas, located 3.5 km from Ericeira, was also recognized for hosting the World Surfing Championship.