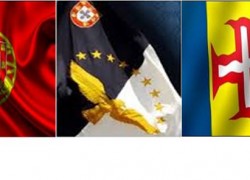 “We had the goal of retaining the majority of town halls but that didn’t happen,” the Prime Minister said, congratulating the opposition Socialists for their “significant victory.”

Final official results were expected to be released Monday morning, but due to a breakdown in communications the final numbers will be known later in the day.

According to provisional results, Portugal’s Socialist party (PS) won 137 town councils, the best results since 2009 when they won 132 city councils. The PSD may see its worst ever results, even lower than the 114 it managed in 1989.

The parliamentary ruling coalition party PSD won 100, 18 of which the minor coalition party CDS-PP and other small parties, while 71 civil parishes and 25 mayors are still to be decided.

The CDU (Communists and Verdes) managed to win 30 Mayoral seats, two more than in the last local elections in 2009, the CDS-PP took five and the left bloc lost the only one it controlled.  The abstention rate was estimated at 47.36%, the highest ever at local elections.

The largest PSD defeat occurred on the island of Madeira, once a stronghold of PSD support, where the party lost seven of its 11 municipalities.

In the Azores, a bastion of the Socialist Party, the Socialists won 46,62 % of the votes gaining 13 city councils while the the Social Democrats won 4, the CDS-PP 1, and the Independents 1.

The elections were the first national  test of the austerity policies forced into the country by center-right coalition government of the Social Democrats with the smaller Christian Democrat Popular Party (CDS-PP).

Prime Minister Pedro Passos Coelho, acknowledged his party defeat  was “one of the worst ever” in line with those “during the most demanding period of government” in the 80s and 90s when the current President of Portugal, Aníbal Cavaco Silva was prime minister.

The PSD defeat reflects widespread public opposition to the austerity measures and labor reforms being enacted as part of the country’s 78 billion euros ($105 billion) rescue package requested by Portugal  in May 2011.