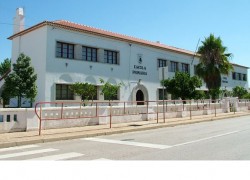 A total of 239 elementary public schools across Portugal will close down after the summer holidays, the Ministry of Education announced.

“In every case, these closings are taking place in conjunction with the respective local authorities and are designed to enhance the quality of teaching,” the official press released explained, adding that the teachers and students affected would be reassigned to other schools.

By region, the north region of the country is hardest hit by this measure set to lose 126 schools, while the center region will lose 66 schools.  Lisbon and the Tagus area will have 33 schools shut down while the Algarve region will lose 13 schools.

According to the data released, class size has been decreasing in many classrooms across the country, to seven or eight students per class, which is neither financially viable nor educationally beneficial. The data makes no reference to school closings in the autonomous regions of the Azores and Madeira.

Manuel Pereira, President of the National Association of School Administrators, said the cuts are “a logical continuation of a policy long since in effect.” He also expressed thes concern that the policy only further undermines the development of Portugal’s inland regions.

In total, the elementary school system of public education in Portugal has decreased from a peak of 3,720 establishments in the 2005/2006 academic year, to 2,330 elementary schools in 2112/2013, numbers that, according to the office of the Ministry of Education, will further decrease.

Portugal’s birth rate has been decreasing progressively.  A study released last April by the Organization for Economic Co-operation and Development (OECD), revealed that, from 1960 to 2009, the average number of children born in Portugal has decreased from 3.1 to 1.32 per woman. According to the report based on information from 2009, out of 31 countries participating in the study, Portugal had the second lowest birth rate in the study.