Ebola: The risk of an outbreak in Portugal remains low – Portugal 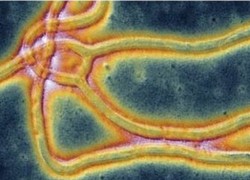 The risk of an Ebola outbreak in Portugal is low but it could increase significantly if the epidemic reaches Guinea-Bissau which still remains free of the disease. Portugal would be at greater risk due the large number of people from its former west Africa colony living in the country.

“If the epidemic invades Guinea-Bissau the risk will be higher,” Portuguese director general of health, Francisco Jorge, said in a recent press conference in Lisbon. No Ebola cases have yet been reported in Portugal, despite several false alarms.

As a preventive move, Portugal is going to set up a rear-guard base to prevent and fight Ebola at the Bissau Military Hospital. Portugal is also sending medical teams to Guinea-Bissau to help keep the country free of Ebola.

According to Valentina Mendes, Guinea-Bissau Minister of Health, “Portugal is going to create a base at the military hospital and that is where the equipment and staff that come (to Bissau) are going to be installed,” she said.

It has been also reported that Portugal is sending 15 tons of medications to Guinea-Bissau to help the fight against the Ebola virus and other potential epidemics.

Despite the fact that Guinea-Bissau borders Liberia and Sierra Leone, two countries that have been affected by Ebola, it still remains free of the disease. In an effort to prevent the spread of Ebola to its territory, Guinea-Bissau has closed its southern and eastern borders in August.

In a non-related development, TAP Air Portugal has announced that it was, for now, not resuming direct flights between Lisbon and Bissau. It said “operational” conditions were not in place for the move, which had been planned for several weeks.

Flights were to have resumed on 28 October, with three flights a week both ways, according to the company. The service was suspended last December following a serious security breach when 74 passengers with false documents attempted to board a TAP flight from Bissau to Lisbon. Currently, TAP operates flights to Dakar (Senegal) and Bamako (Mali) in west Africa.