Drug control: The great debate is on a high- By Len Port 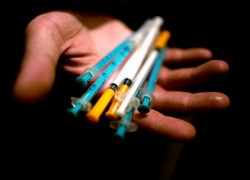 For those of us without the benefit of deeper understanding through some form of mind-enhancing substance, it is hard to get the head around all the latest talk about drug control. But let’s try.

Broadly speaking it is all about the prohibition, decriminalization or legalization of drugs such as cannabis, heroin and cocaine.

Thirteen years ago, Portugal pioneered the decriminalization route. It is not without its critics, but it has been generally acclaimed a success.

Just to get it straight, Portugal did not legalize, it decriminalized drug use.

This meant a switch from jailing to treating. Using any illegal drug came to be regarded as an issue for the health authorities rather than the justice department.

While drug use is no longer a criminal offence in Portugal, trafficking and dealing still is – and it consumes a lot of police and court time.

A major new study commissioned by the British Home Office included a comparison between the UK’s conventional efforts to control users and Portugal’s decriminalized approach.

It concluded, inter alia, that the tough punishments dished out in the UK do nothing to dissuade people from using drugs.

The Home Office report also stated: ‘‘It is clear that there has not been a lasting and significant increase in drug use in Portugal since 2001.” 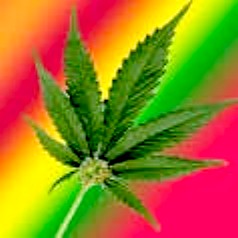 The study’s findings were welcomed by the UK coalition government’s Liberal Democrats who are in favor of reform. The Conservatives were not impressed. A spokesman for Prime Minister David Cameron said: “We have no intention of decriminalizing drugs.”

Kathy Gyngell, a research fellow for a right-leaning British think tank, commented: “First the great Portuguese drug decriminalization fallacy was fostered; now a British liberalization myth has been strapped on the back of it by a ruthless and conscienceless pro-drugs lobby.”

Harsh words, but then acrimony and recriminations are normal on the highly contentious subject of drug control.

The subject is hazy and much misunderstood because it is complex. It evokes strong emotions, especially among parents. Statistics do not always tell the whole story and can be slanted or used selectively to support squiffy ideas on one side or the other.

Pope Francis told delegates attending a drug conference in Rome that attempts to legalize recreational drugs “are not only highly questionable from a legislative standpoint, but fail to produce the desired effects.”

Anti-prohibitionists point to the irony in Britain where children find it easy to get hold of illegal marijuana but cannot buy legally regulated alcohol until they are 18.

Reform campaigners claim that far from providing the best protection against drug abuse, locking up ‘soft’ drug users is likely to push them into ‘hard’ drugs. What they need – and what they get in Portugal – is counselling.

Whatever one thinks of decriminalization, Portugal has prompted other countries to take note. While Britain and countries such as France and Sweden are sticking to their guns in the ‘war on drugs,’ Holland, Spain, Italy, Switzerland, Austria and Germany have all steered away from strict prohibition.

Last December, Uruguay became the first country to make it legal to grow, consume and sell cannabis. This summer Jamaica announced it would decriminalize the possession of small amounts of ‘ganja’ as cannabis is known there.

Washington and Colorado in the US are the first states to permit the recreational use of cannabis despite a continuing federal ban. Florida, Oregon and Alaska could be next in line. Californians are expected to approve legalization of marijuana when the matter is put to the vote there in 2016.

These developments seem to be building towards a fundamental global shift in attitude, guided not only by social concerns but also by also hard economic realities.

“Criminalizing users of heroin, cocaine and cannabis has handed global criminal gangs and terrorists a market worth at least $300 billion a year,” says Baroness Meacher, leader of Britain’s All Party Parliamentary Group for Drug Policy Reform.

All eyes will now be on Uruguay and the states of Washington and Colorado to see if the legalization of cannabis, from cultivation to retail outlets, puts the illegal dealers there out of business.

If cannabis follows the pattern of the wine and spirits industry, trade will be taken from the criminals and placed in the hands of law-abiding business people who, in the words of the Economist, “pay their taxes and obey rules on where, when and to whom they can sell their products. Money saved on policing weed can be spent on chasing real criminals, or on treatment for addicts.”

In time, Portugal may consider it wise to cut off the flow of money to the crooks by moving from decriminalizing drug use to legalizing it in some qualified way.

The next opportunity for making real progress on a globally coordinated alternative to the hugely costly and hopelessly failing ‘war on drugs’ will come in 2016 at a United Nations General Assembly Special Sessions gathering in New York.

The last such summit was in 2009. The next was scheduled for 2019 but has been brought forward, so there is more than a hint of urgency in seeking some pragmatic form of global ‘peace.’