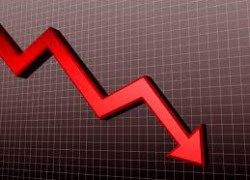 China’s domestic rating agency, Dagong Global Credit, downgraded Portugal’s sovereign rating Thursday from BBB+ to BB+ with a negative outlook “due to the country’s deteriorating economic and fiscal situation,” the agency said in a statement.

Dagong said Portugal’s economic and fiscal situation has undergone further deterioration since it downgraded the country’s rating from A- to BBB+ in March this year.

“The Portuguese economy will not return to positive growth unless it makes profound reforms to its economic system and its structures”, the agency said in words very similar to those it used to describe the Greek situation.

Fitch blamed Portugal’s “large fiscal imbalances, high indebtedness across all sectors, and adverse macroeconomic outlook” for its decision to cut the country’s rating by one notch to BB+.

Fitch’s decision to cut Portugal credit rating means that it will be more difficult for the country to return to bond markets by its 2013 goal.