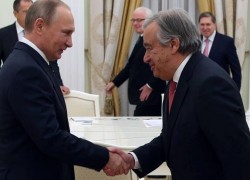 The Secretary General arrived in Moscow on June 19, where he attended  the Portugal vs. Morocco game at the 2018 FIFA World Cup.

According to the UN agenda for the visit, António Guterres was scheduled to meet President Vladimir Putin and his Foreign Minister Sergey Lavrov, as well as the head of the Russian Orthodox Church, Kirill, Patriarch of Moscow and All Russia.

The focus of the talks with President Putin and the Russian top diplomat was “the current status of international relations, including the crisis of multilateralism in world diplomacy, the role of the UN Security Council in the solution of the most pressing international and regional problems including Syria and some other aspects of relations between Russia and the UN,” said Russian Foreign Ministry’s official spokesperson, Maria Zakharova, TASS revealed. 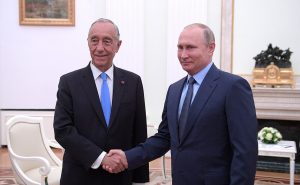 The President of Portugal is scheduled to travel to Washington later this month for a meeting with US President Donald Trump. The visit is scheduled for June 27.

The visit will mark “the culmination of a month-long celebration of the Portuguese-American community” and celebrate the close bond between the countries, said White House Press Secretary Sarah Huckabee.