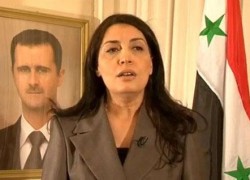 Foreign Ministry spokesperson, Miguel Guedes, told Lusa, “The decision was taken in light of the events that took place in the last few days” in Syria, namely last weekend’s “massacre” in Houla, including the lack of respect shown by Damascus over the UN peace plan led by Koffi Anan, and the “increase of violence against innocent civilians.”

Ambassador Chakkour, who also represents Syria in France and at UNESCO, was declared “persona non grata” by French President François Hollande. Similar actions were taken by most EU countries, the United States, Canada, Australia and Japan.

Ambassador Chakkour , who resided in Paris, was made aware that the diplomatic pressure on Damascus mounted following the on slaughter last weekend of 108 people, including about 30 children, in the northwestern town of Houla.

The Syrian government has denied responsibility for the massacre which, according to UN reports, were summary executions.