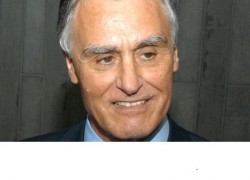 The President of Portugal, Aníbal Cavaco Silva, leaves for Colombia Monday for a four-day visit with an economic and cultural mission.

Although he is scheduled to arrive in Colombia the same day, his official agenda only starts Tuesday with political and institutional meetings.  After Colombia, Cavaco Silva will head on to Peru on Thursday.

The main objective is to promote Portuguese products and services in an expanding market. Colombia’s economy grew 4.4 percent last year while Peru’s grew by 5.8%

The presidential delegation includes Economy Minister Álvaro Santos Pereira and junior Culture Minister Jorge Barreto Xavier. Foreign Minister Paulo Portas will join the delegation, in Bogota, on Wedneday, for the opening of the Bogotá Book Fair with the participation of several Portuguese authors.

Aníbal Cavaco Silva, 74, was elected for a first term as president in 2006 and re-elected in 2011. He was prime-minister from 1985 to 1995. He is the only Portuguese political leader to achieve two consecutive absolute majorities. The post of Portuguese president is largely ceremonial since executive power lies with the prime-minister.