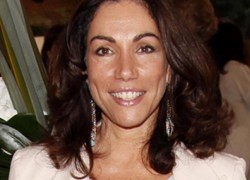 Portuguese interior designer, Cristina Jorge de Carvalho, was one of the recipients of the 2012 International Design Awards in the Interior Conceptual Design category.

Carvalho was distinguished for the interior design project for the Lisbon based Champalimaud Foundation, a high-tech research center dedicated in 2010.

Recently, Cristina Jorge de Carvalho was awarded in London two of the World’s most prestigious design awards. The Designer was distinguished with the awards for Best Hotel Interior for Europe and Best Hotel Interior for Portugal by the European Hotel Awards, for the interior architecture and design project of Altis Prime Hotel.

Carvalho, who holds a degree in Business Administration from the ISCTE, has developed a strong passion for architecture and aesthetics leading her to change paths and move to London, where she took an Interior Design degree at the Inchbald School of design.

Born in the former Portuguese colony of Mozambique, Carvalho lives currently in Lisbon where she founded the CJC Interior Architecture and Design atelier and currently leads a team of highly qualified professionals in various areas of design and interior architecture.

Based in Los Angles, CA, the International Design Awards (IDA) recognizes, celebrates and promotes legendary design visionaries across the globe with the goal to revealing emerging talent in Architecture, Interior, Product, Graphic, and Fashion Design. The awards cerimony will be held in April 2013, in Los Angleles, CA.