Crisis: The pain and shame of poverty – Portugal 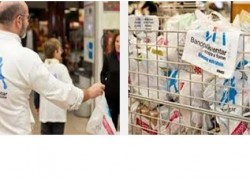 How times have changed in a few fractious years! An alarming number of once prosperous Portuguese have joined the so-called “embarrassed poor,” unable to afford even basic food needs and dependent on handouts.

Severe austerity measures and high unemployment have caused the steady disintegration of middle class society. Poverty has become rife and it continues to spread.

The European Union has been donating €20 million in food aid annually to Portugal, Western Europe’s poorest country, but this may soon be curtailed under a revised and less specific aid program now being drafted in Brussels.

Isabel Jonet, president of the European Federation of Food Banks (EFFB), is concerned that the impending cut could be as much as 40 per cent. 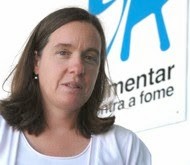 EFFB, with 253 affiliates in 21 countries, works with many multinational food producers and hypermarket chains. It is dedicated to minimizing food waste and maximizing nutritional distribution to those in dire need. Last year it supplied the equivalent to 776 million meals to 5.4 million people in the EU.

Isabel Jonet is also president of the Lisbon-based affiliate, the Portuguese Federation of Food Banks (Federação Portuguesa dos Bancos Alimentares). It has a network of associates collecting and distributing food across mainland Portugal and in the Azores and Madeira.

In the decade to 2011 the federation tripled the amount of food it handled. In how dispenses about 120 tons each weekday. Nearly 400,000 of Portugal’s population of 10.5 million benefit each month.

The worry is that the EU “Food for the Needy” program that has been donating the €20 million each year is to be replaced by the “Fund for European Aid to the Most Deprived,” which is expected to be more diverse and have fewer food resources. The present program is to end this year but no date has yet been announced for the start of the replacement program.

The Portuguese government, preoccupied as it is with strict bailout repayment terms, has no firm plans yet to deal with any interrupted or additional food requirement problem.

Rendered virtually bankrupt by the global credit crisis, the harsh reality is that Portugal has been under the dictate of the Troika of moneylenders and a government that has felt it necessary to impose severe austerity measures.

Record high unemployment has pushed people into poverty. Things have been deteriorating so swiftly that it is impossible to keep up with the true figures. Two years ago, the Portuguese National Statistics Institute reckoned that 18% of the Portuguese population – roughly 1.8 million people – were living below the poverty line. The situation is undoubtedly much worse now.

As impressive or shocking as all these raw statistics may be, they tell nothing of the personal humiliation on top of the hunger suffered by individuals and whole families. While many have no option but to swallow their pride, a whole generation of skilled labor is being lost to emigration.

In terms of rich and poor, Portugal is now the most unequal country in the Eurozone, according to Oxfam and other sources.

Reuters recently quoted a Lisbon mother of two students who has had to stop work because of cancer and whose husband is unemployed. She appealed to EU food policy makers. “Please think about those who struggle, many of them are not speaking up because they are ashamed. Please consider all the other bad things the government is already doing to us.”