Crisis: Portuguese to receive 10,000 war refugees by the end of the year – Portugal 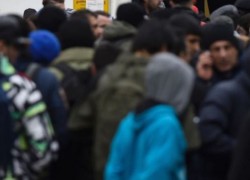 Portugal has offered to receive 10,000 war refugees by the end of the year as part of its participation in the host program of the European Union, Deputy-Minister Eduardo Cabrita has announced.

The first group of about 110 refugees was expected to arrive in Lisbon this week in flights chartered by the European Asylum Support Office (EASO).

The refugees, mostly families with minors, are from war torn regions of Syria and Iraq. The Portuguese state will guarantee refugees free access to health, education and housing.

Socialist Prime Minister António Costa recently told Brussels that Portugal should “set an example,” adding that he was against “a Europe that closes its borders to block access to refugees.”

Provisionally, Portugal had agreed in 2015 to grant asylum to only 1,500 refugees. Then the number was increased to 4,500 within two years and then to 10,000 before the end of the year.

Portugal (population estimated at 10.5 million) has the lowest birth rate in the European Union. The country, hard hit by the global financial crisis of 2010, holds an unemployment rate of 12%.  As a result an estimated half a million have left the country either permanently or temporarily in search of jobs abroad.

According to figures released by the International Organization for Migration (IOM), more than one million refugees reached Europe’s shores by crossing the Mediterranean Sea in 2015. Germany alone has taken over one million asylum-seekers this past year.