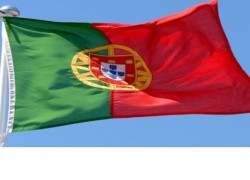 The Portuguese benchmark index (PSI-20) opened 0.9% down this Thursday after President Aníbal Cavaco Silva stunned the nation in a speech asking for a national salvation alliance between the three major parties and calling midterm elections for July 2014. In the rest of Europe, stocks were trading with gains today.

“The hour of responsibility of political agents has come,” Aníbal Cavaco Silva said in his televised statement. “The decisions taken in the coming days will condition the future of the Portuguese people for several years,” he warned.

The President’s proposal to form a national salvation alliance was immediately rejected by the Socialist Party (PS). Speaking for the party Alberto Martins told reporters that “the PS will not support nor join the government before the Portuguese people express their will through elections.”

In his address, the President proposed that the PSD, PS and CDS-PP, the parties that subscribed the memorandum of understanding with Portugal’s lenders in 2011, form a national salvation alliance to oversee the bailout compliance package, while announcing early elections for July, 2014, after the lenders’ bailout term comes to an end next June.

“The election process should coincide with the end of the financial assistance program [bailout] next June,” he said. “I intend to immediately contact the heads of the parties that subscribed the memorandum of understanding to analyze the solution I am proposing,” he stated.

In his speech, President Cavaco Silva ignored the solution presented to him by Prime Minister Pedro Passos Coelho, last Saturday, where Paulo Portas, the Foreign Minister and leader of the CDS-PP, the junior party in the government coalition party, was reinstated in government and promoted to deputy prime minister.

The President justified why he would not dissolve parliament as proposed by the opposition parties by stressing that there is less than a year before the end of the bailout compliance with Portugal’s lenders, and that elections held at the end of September, would coincide with the municipal elections already scheduled.

Aníbal Cavaco Silva was elected for a first term as president in 2006 and re-elected in 2011. Under the Portuguese constitution, although the post of the Portuguese president is largely ceremonial and the executive power lies with the prime-minister, the President can act to mediate in political crises, dissolve parliament and call early elections.