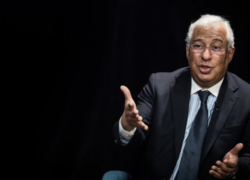 After weeks of negotiations, the proposal was opposed by 117 votes to 108, with five abstentions. António Costa’s center-left Socialist minority party holds 108 seats in the 230-seat Parliament.

Portuguese President Marcelo Rebelo de Sousa has already said, he will call for an early election. The official announcement is scheduled for next week, after consultations with lawmakers and other political representatives.

After consultations, President Rebelo de Sousa is expected to sign the dissolution decree of Parliament and call for early elections to take place in late January or early February.

According to the Portuguese Constitution, after the Office of the President publishes a dissolution decree of Parliament, elections must be held within 60 days.

The Socialists were deserted by their hard-left close allies, the Communist Party and the Left Bloc, who, over the past six years, have held a governing coalition with the minority Socialist Party. They demanded more benefits and protections for workers, improvements in the social security system and a lot more public investment in the national health service.

President Marcelo Rebelo de Sousa, a moderate center-right politician, won a second term in January 2021. As President, he holds a largely ceremonial role, with limited presidential powers, such as appointing the Prime Minister and Council of Ministers, in which the President must be guided by the election results; dismissing the Prime Minister; dissolving Parliament to call early elections; vetoing legislation, which may be overridden by Parliament; and declaring a state of war or siege.

**Report a correction or typo to editor@portuguese-american-journal.com. We are committed to upholding our journalistic standards, including accuracy. This is a developing story. Please check back for updates. Carolina Matos/Editor.