Crisis not over! President Cavaco Silva offers compromise and early elections for 2014 – Portugal 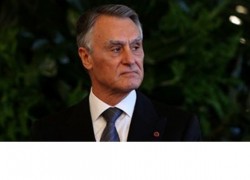 In a much anticipated address, today Portugal’s President Anibal Cavaco Silva rejected the opposition parties’ demands for early elections in September 2013, while keeping the coalition government of Prime Minister Passos Coelho in place and calling early elections for July, 2014.

The President also proposed the formation of a “national salvation” alliance with the major national parties, the Social Democrats (PSD), the Socialist Party (PS) and the Christian Democrats (CDS-PP) to oversee the national crisis until the short-term early elections he has just proposed.

According to the President, earlier snap elections in 2013 would be “extremely negative” for Portugal’s credibility, before the country complies with the demands of a 78-billion-euro ($100 billion) bailout requested in 2011, which term ends June 2014.

President Anibal Cavaco Silva made his announcement on a televised statement after two days of meetings with the country’s political parties, following a political crisis resulting from the resignations of Minster of Finance Vitor Gaspar and Paulo Portas Ministry of Foreign Affairs.  Paulo Portas is also the leader of CDS-PP, the party in the ruling coalition of Prime Minister Passos Coelho (PSD).

Aníbal Cavaco Silva was elected for a first term as president in 2006 and re-elected in 2011. Under the Portuguese constitution, although the post of the Portuguese president is largely ceremonial and the executive power lies with the prime-minister, the President can act to mediate in political crises, dissolve parliament and call early elections.