Crisis: Espírito Santo Bank on the brink of default – Portugal 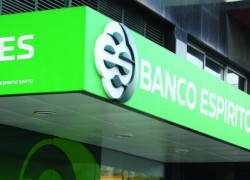 Shares in Espírito Santo Financial Group (ESFG), the largest shareholder of Banco Espírito Santo (BES), Portugal’s largest non-state bank by assets, were suspended on the Lisbon and Luxembourg stock exchanges on Thursday morning, amid continued uncertainty about the group’s future.

In a statement sent to Portugal’s securities markets authority, the CMVM, the company explains that the decision to suspend the shares was taken due to “the material difficulties underway” especially at its largest shareholder, Espírito Santo International (ESI).

Fears about the financial solidity of the group had grown on reports that Banque Privée Espírito Santo, another group unit, had failed to reimburse some clients who had debt-related investments.

Portuguese financial daily Diário Económico earlier reported that Espírito Santo International is pondering whether to declare itself insolvent – a step that could be taken, according to the paper, if the company cannot reach an agreement with its main creditors. Insolvency could make it possible to go ahead with a restructuring plan to be approved by ESI shareholders at their general assembly scheduled for 29 July, Diário Económico concludes.

Credit rating agency Moody’s on Wednesday slashed its rating for ESFG to Caa2 from B2, citing an increase in credit risk related to Espírito Santo International and Rioforte, another group company, neither of which are rated by Moody’s.

Meanwhile, BES on Wednesday issued a fresh call to shareholders for an extraordinary general assembly on July 31, this time to approve the appointment of Vítor Bento as its new chief executive, instead of Amilcar Morais Pires, who had been named in the previous call. The assembly is also to vote on the appointment as chairman of Paulo Mota Pinto, a deputy for the governing PSD party, and on the creation of a new Strategic Council.

Related posts on the web