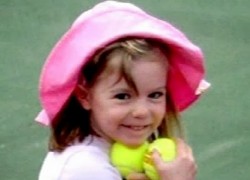 In the massive publicity campaign, viewers had been promised a ‘revelation’ but the only revelation during the BBC’s special Crimewatch program on the disappearance of Madeleine McCann was how slow Scotland Yard detectives seem to have been in getting up to speed on the case and how shallow the BBC was in its reporting.

Chief Inspector Andy Redwood said that in their investigation he and his team were going back to the very start of the case and “accepting nothing,” meaning taking a wholly fresh look at things. Yet not once during the program did the police or the presenters consider anything other than the abduction theory for which there is no evidence except the say-so of the parents and their holidaying friends.

The Chief Inspector highlighted what he called “significant changes” to the timeline and “accepted version” of events. He explained that Scotland Yard had ruled out the sighting by Jane Tanner of a man carrying a child closely resembling Madeleine outside the McCann’s apartment at 9.15 that fateful evening. The man turned out to be another holidaymaker carrying his own child home from a crèche.

While the Jane Tanner sighting has been central to the widespread acceptance of the abduction theory up until now, those who dismiss the abduction claim have always considered the sighting most unreliable.

Scotland Yard has now shifted its emphasis to the well-documented sighting by an Irish family near the center of the village at 10pm. Praia da Luz visitors and residents have now been asked to cast their minds back to 3rd May 2007 to see if they can identify the person portrayed in two newly released e-fit images.

The images were produced five years ago and they show two significantly different versions of the same man who may be a kidnapper – or he may not. He may be another entirely innocent person with nothing whatsoever to do with Madeleine’s disappearance.

If this really was a well-planned abduction as is being suggested, would a kidnapper carry his victim in his arms a considerable distance through the center of the village towards the beach with all the attendant risk of being spotted? The question was not asked on Crimewatch.

The so-called “reconstruction” performed by actors, supposedly of events shortly before the disappearance, 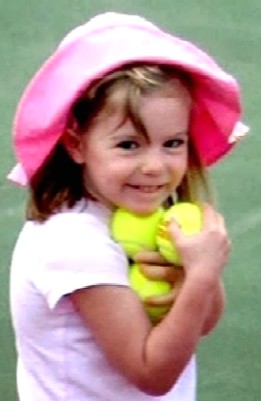 was notable for what it glossed over or did not reconstruct at all.

Bearing in mind the respectful nature of the program towards the parents, it was perhaps not surprising there was no attempt to explain, for example, evidence found by two British cadaver dogs, or the many unanswered questions and conflicting statements made to the Portuguese police.

What will have been most disturbing for many viewers familiar with the McCann saga was the absence of journalistic balance and lack of rigor shown by the British media in the pre-broadcast propaganda and in the program itself.

The show presented nothing new. It has merely added to the media circus that has blighted this tragic case from the very beginning.

Scotland Yard has apparently been inundated with calls as a result of the program. British tabloids are already reporting that “police may have made a major breakthrough in the hunt for Madeleine.” Wishful thinking might be closer to the truth.