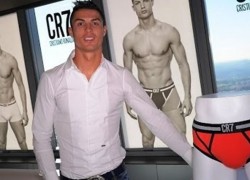 Christopher Renzi filed the lawsuit  in United States District Court in Providence, R.I., against Cristiano Ronaldo and the Danish company, JBS Textile Group, claiming he is the current owner of the “CR7” trademark in the United States.

JBS has plans to launch an underwear range featuring “CR7”, Ronaldo’s emblematic insignia. The company sells underwear with the phrase “CR7.” JBS Textile sells CR7 underwear, socks and other items in Europe and hopes to start selling in the U.S. soon. Its lawyer would not comment.