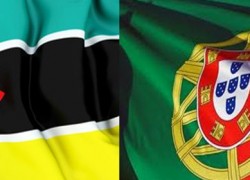 CPLP is an intergovernmental organization which mission is to foster friendship among  the community of  nations where Portuguese is the official language, comprising 250 million people.

In 2008, Cavaco Silva visited the East Africa country for the first time as head of state, where he held talks with President Armando Guebuza, addressed the Mozambican parliament and met with opposition leader Afonso Dhlakama, among other personalities.

Following this second visit to Mozambique, on Saturday Cavaco Silva will pay a visit to South Africa where he is scheduled to hold meetings with leaders of the Portuguese resident communities in Jonesburg and Pretoria.

Former Portuguese Prime Minister José Manuel Barroso, President of the European Commission, will also attend the CPLP summit where he will affirm the EU’s commitment to assist in the further development and consolidation of the intergovernmental organization.

Barroso will also meet with government representatives to discuss EU bilateral relations and future cooperation with Mozambique. A three bilateral financing agreements, totaling €37 million in aid, will be signed by  EU Development Commissioner, Andris Piebalgs, which aim  is to boost local economic development, to support for civil society groups and to reinforce the rule of law and public accountability.