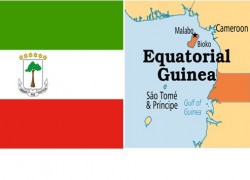 Equatorial Guinea was admitted as full member of the Community of Portuguese-Speaking Countries (CPLP) at the organization’s 10th summit held July 22-23, in Dili, East Timor.

Guinea-Bissau, suspended from the CPLP in 2012 following the coup of April of that year, was readmitted in the wake of the recent presidential and legislative elections.

After a debate, without the decision going to a vote, all CPLP heads of state and government agreed to admit Equatorial Guinea as a full member of the CPLP. The West African country is one of the continent’s largest oil producers. Equatorial Guinea did not take part in the discussion.

CPLP members are Angola, Brazil, Cape Verde, Guinea-Bissau, Mozambique, Portugal, Sao Tome and Príncipe and East Timor, before the admission of the West African dictatorship, where Spanish and French are also spoken.

Present at the summit, Portugal’s president, Cavaco Silva, considered that integrating the dictatorship into the CPLP “was the best way to contribute” to the respect for human rights in that country. The roadmap for Equatorial Guinea’s admission included the end of the death penalty and measures to promote the use of the Portuguese, in a country where Spanish is most widely spoken.

Teodoro Obiang Nguema, Equatorial Guinea’s head of state, pledged to defend the articles” of the CPLP and “‘act’ in line with its principles and objectives” along with other intentions such as a multidisciplinary study center (in a country that has not built new state schools for decades) and a Portuguese language center dedicated to the CPLP.

Obiang Nguema, who rules a rogue country afflicted with corruption and violence, has been president since 1979, the longest country-serving presidents in Africa. His clan members have outstanding arrest warrants in several countries.  Equatorial Guinea has also been criticized by many NGOs for violating human rights and extreme levels of corruption in the country under the rule of the dictator.

In another development, the heads of state and other government representatives at the CPLP summit approved a resolution to create an expert group to establish a CPLP consortium for oil and gas.

Lusa has reported that, according to the text of the resolution, the CPLP leaders approved a proposal from East Timor to set up a Technical Study Group, open to participation by member states, for the joint exploration and production of hydrocarbons in members’ territory. The resolution states that the group will function in the “ambit of the periodic meetings of CPLP oil ministers, in line with the guiding framework for ministerial meetings.”

Combined oil and gas reserves in CPLP members’ territory would, the resolution notes, make it the seventh largest producer in 2015 and the fourth largest in 2025.