COVID’19: Vaccinations coming but have been slow to start – Portugal 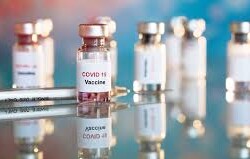 In contrast to the recent record high Covid infection and death rates in Portugal, vaccinations have been slow to start, but are now expected to accelerate.

Amid a scandal over “queue jumping” by people who were not officially prioritised, a new head of the vaccination task force has started work to ramp up the country’s needs. The goal is to have most adults to have their jabs by late summer if not earlier this year.

Minister of Health Marta Temido said last Friday that 400,000 people had been given their first vaccination. Around 100,000 have also had their second, which is 13.6 per hundred people, she said.

Last Thursday the   European Centre for Disease Control stated that Portugal had received only 387,000 vaccine doses and administered 310,00 of them.

It’s hoped that vaccinating the rest of the population will not continue to be impeded by promised quantities of vaccines not being available as in the rest of Europe. Logistical uncertainties may lie ahead, but the main concern at present is still having the ordered vaccines delivered on time rather than any difficulties in administering them.

Those registered with the national health service can expect to receive an SMS message, phone call or letter with a date, time and place for a vaccination.

The possible side effects of the vaccines currently available are said to be mild.

It remains to be seen how effective the current vaccines are in coping with any more new mutant strains of the coronavirus.

Portugal will be keeping an eye on the Covid-19 vaccination programme in the United Kingdom, which has been far faster out of the blocks than anywhere in the European Union and has come up with an innovative plan.

Medical teams in the UK have started giving a second jab different to the first. It’s hoped this mix and match approach will counter any inefficacy or shortage in supply of one or the other.

Supply shortages have been worrying authorities all across the EU, but Portugal is moving ahead with the AstraZeneca vaccine that caused so much controversy between the EU and the Oxford-based pharmaceutical producer over AstraZeneca’s availability in Europe.

About 11 million people in the UK, more than the entire population of Portugal, have already received at least their first jab and that is expected to increase rapidly in the weeks and months ahead. By the beginning of this month the 27 member states of the EU had administered as a whole just over 8 million does.

Meanwhile, Portugal’s hospitals have been under what Prime Minister António Costa has called “gigantic pressure.” Their main focus, with help from abroad, has been on treating the infected patients as the Covid death rate spiralled. It is believed to have now reached its peak.

Very strict lockdown measures are in place and will probably remain so until it’s clear that infection rates are coming down significantly and that vaccination jabs are working as hoped. Even in the UK and elsewhere, the dilemma will probably remain for weeks to come as to whether it’s a sound strategy to lessen restrictions to boost normal daily life and businesses at the risk of causing an increase in infections.

Of particular annoyance to the World Health Organisation is the extreme inequality of vaccine availability in the world’s richer and poorer nations. The situation in sub-Saharan Africa and Afghanistan is especially dire. The head of the WHO has warned of “a “catastrophic moral failure” to provide adequate access to vaccines in poorer countries.