COVID’19: To travel or not to travel when good turns to worse – Portugal 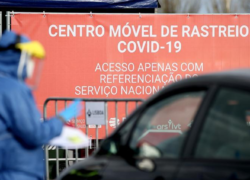 This past week, mainland Portugal has seen higher rates of COVID’19 cases again, mostly in the Lisbon metropolitan area and the northern region of the country, alarming travelers.

Currently there are 19.4 of COVID’19 cases over 100,000 in Portugal. As a result, the country will need to drop its case numbers, by next Thursday, to avoid being added once again to the quarantine list and/or into a red zone as defined by most countries’ standards.

As a result, Portugal has announced on Friday the decision to reactivate the “state of contingency” across the country as of September 15, in an attempt to contain the spread of virus.

The state of contingency will coincide with the return to school and the progressive end of telework, two factors which have added to a greater transmission of the disease in other countries

Meanwhile, the government will reassess the outlook on September 7, when it could take additional measures.

Currently, the state of contingency in Portugal is only in force in the metropolitan are of Lisbon and the Tagus Valley, the regions most affected by the pandemic, while the rest of the country remains on a state of alert.

According to the Directorate General of Health (DGS) of the 320 new cases registered today, 162 were registered in the north, while Lisbon and the Tagus Valley registered 121 new cases.

In the Algarve, 6 more cases were registered in the last 24 hours, now totaling 1,105, while Alentejo added 11 more cases, totaling 937 since the beginning of the pandemic.

Lisbon and the Tagus Valley accounted for 38% of new cases, adding 29,784 cases and 663 deaths since the beginning of the pandemic.

In Madeira and the Azores there was no change from Saturday to Sunday. The Azorean archipelago totals 209 cases since the beginning of the pandemic with 15 deaths confirmed, and Madeira remains at 157 cases with no deaths by COVID’19.

Since the beginning of the pandemic, there have been a total 57,768 cases of infection by the new coronavirus and 1,819 deaths in Portugal.

To date, more than 25 million cases of infection with the new coronavirus have been recorded worldwide, more than half on the American continent, according to a count made this Sunday by the news agency France-Presse (AFP).

Worldwide, there are 842,915 deaths caused by covid-19, according to the AFP count from official sources.