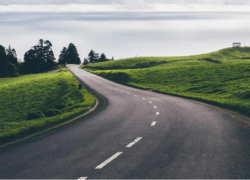 The US Centers for Disease Control and Prevention (CDC) issued a travel alert on its website, warning that “CDC recommends travelers avoid all nonessential international travel to Azores. Travelers at increased risk for severe illness from COVID-19 should consider postponing all travel, including essential travel, to Azores.”

Accordingly, the CDC rated the risk for traveling to the Azores as “High” at “Level 3” warning that “If you get sick in Azores and need medical care, resources may be limited.”

The CDC recommendations seem to contradict the fact that COVID’19 in the Azores is very low and that local authorities have been praised for the high professionalism in containing and managing the spread of the pandemic.

Indeed, the case is that the majority of positive cases detected in the Azores were imported from incoming visitors which were detected on arrival and subsequently deported and/or quarantined. No known cases of chain contamination were recorded, and no deaths were reported, from such occurrences.

Apparently, the CDC warning appears nonsensical since the Government of Portugal currently prohibits non-essential (tourist) travel to Portugal, including the Azores and Madeira islands, by US citizens. Eligibility to enter Portugal is mostly restricted to Portuguese nationals subject to appropriate control protocols. For more information visit the US Embassy in Portugal.

The Centers for Disease Control and Prevention (CDC) is one of the major operating components of the US Department of Health and Human Services. A national public health institute, the CDC is a federal agency headquartered in Atlanta, Georgia.

The Azores has a population estimated at about 250,000, of which more than half live on the island of São Miguel (137,229, representing 57%), with more than a quarter concentrated in the city of Ponta Delgada (67,900 people). The archipelago is composed of nine islands: São Miguel, Santa Maria, Faial, Pico, São Jorge, Terceira, Graciosa,Flores and Corvo.

Terceira Island is the second most populous in the archipelago, with 55,179 inhabitants. In other words, almost 80% of the archipelago’s population is concentrated in São Miguel and Terceira: 192,408 people.