In its 45th edition, the ASEE annual conference was held previously in Beijing, Sydney, Rio de Janeiro, Istanbul, Cape Town, Budapest, Singapore and Shangai. The conference will take place at the Cultural and Congress Center of Angra do Heroísmo.

Young people from dozens of countries are participating in conferences and workshops, debating issues related to the various branches of engineering teaching. Opportunities will be given to participate in solving local engineering problems. Some solutions will be presented in loco for existing challenges in engineering and engineering education in Azores.

The event brings together engineering educators, lecturers, researchers and corporate colleagues who will have an opportunity to meet and exchange ideas and perspectives.

“Education Excellence for Sustainability” is the theme of the conference, a subject of relevance for the Azores. 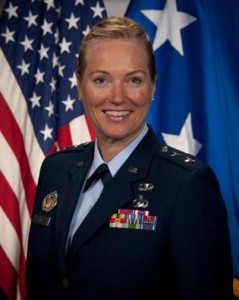 Guest speaker, Maj. Gen. Jocelyn M. Seng, holds a Doctorate, Mechanical Engineering from Stanford University. She is the mobilization assistant to the Commander and President, Air University, Maxwell Air Force Base, Alabama, and leads leading the intellectual and leadership center of the U.S. Air Force.

The three-day program includes opportunities to practice golf and discover some of the charms of the island and Angra do Heroísmo, the historical city of the Azores, a UNESCO World Heritage Site.

All questions should be emailed to sefi2017@isep.ipp.pt