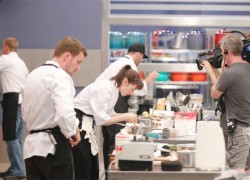 Portuguese Canadian Chef, Connie DeSousa, was a finalist at the “Top Chef Canada” contest on the Food Network Canada.
Dale MacKay, who won over Toronto chef Rob Rossi (second place) and Calgary chef Connie DeSousa (third place), earned the title and a prize of $100,000, a GE Monogram kitchen worth $30,000 and the right to call himself the country’s first Top Chef.
The Calgary Herald reported, “DeSousa demonstrated she could more than hold her own against the numerous male chefs (she was one of only three women out of 16 competitors selected to take part) winning several quick-fire and elimination challenges and making it to the show’s finale where she competed against two men.”
Connie DeSousa, 29, whose mother is Irish-Canadian, has roots in the Azores. Her father, Artur José de Sousa, was born in São Miguel and raised in Alberta, where his family settled around 1957. 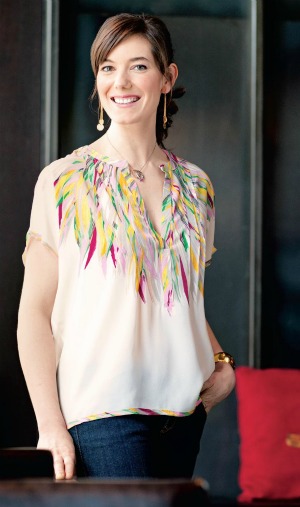 Connie DeSousa is the co-executive chef and co-owner of upscale Charcut Roast House in downtown Calgary, open in 2010. The “Char” in “Charcut” stands for the custom built Rotisserie and Charbroiler, while “Cut” stands for the vintage-style slicer and hand-crafted charcuterie eating bar, recently named by enRoute Magazine as one of Canada’s Best New Restaurants in 2010.

In a recent interview Connie DeSousa said, “I attribute my heritage to the love I feel for cooking. Canadian-born, I grew up with strong Portuguese and Irish cultural and culinary influences from my parents and my grandparents. Fabulous cooks. They nurtured deep, happy and important memories making and sharing meals at home. They always invited and encouraged me to help in the kitchen. I will capture these memories in a cookbook one day, dedicated to them.”
Chef DeSousa began her culinary career after earning a Le Cordon Bleu Paris certificate in Ottawa and graduating on the Dean’s List with honors from the Southern Alberta Institute of Technology Culinary program. She competed for Alberta in the 2004 World Culinary Olympics, worked at Taku Restaurant in Koln, Germany, helped open the Mobil 5-Star St. Regis Hotel in San Francisco, and trained and staged at restaurants including three-Michelin-Star restaurant Jean Georges and Chef Michael Tusk’s Quince Restaurant. Prior to the Charcut Roast House debut last year, Connie worked at Alice Waters’ Chez Panisse in Berkley, California. Connie credits her formal ballet training for the discipline, creativity and stamina it takes to be a chef.
paj.cm
0 shares