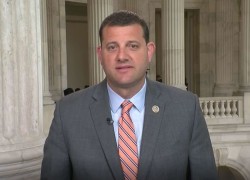 The 21st Congressional District was the last contested Congressional race in the November 6, 2018, mid-term elections. TJ Cox has substantially outperformed Rep. Valadao by securing over 60 percent of the vote.

With the Cox campaign declaring victory, Democrats gained a total of 40 congressional seats in the mid-term election. The election must be certified by December 7.

“I am elated to announce that we have won the election for California’s 21st District,” TJ Cox claimed in a statement released Wednesday afternoon. “Voters across the district resonated with our message of expanding health care, creating jobs and fighting for our families’ futures,” he stated.

Incumbent Rep. Valadao won the elections in 2016, 2014 and 2012, the year he was first elected. With Valadao’s defeat, Republicans will hold only 7 of California’s 53 congressional seats.

A friend of Portugal and the Autonomous Region of the Azores, in 2013 Rep. Valadao has stated:

“My family immigrated to the United States from the Azores Islands of Portugal in search of the American dream. With more than one million individuals of Portuguese descent living in the United States, many share stories similar to that of my family. As a result, the positive contributions Portuguese-Americans have made to our society are evident. As a first-generation Portuguese immigrant, it is important that I do my part to represent this community while in Washington.”