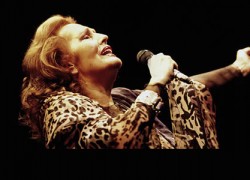 The UMass Lowell Saab-Pedroso Center for Portuguese Culture and Research, in partnership with the College of Fine Arts, Humanities, and Social Sciences, and the departments of Music and World Languages and Cultures, presents a lecture, Portuguese Fado: Two Hundred Years of a Musical Genre, by Dr. Rui Vieira Nery, director of the Portuguese Language and Culture Program at the Calouste Gulbenkian Foundation.

The lecture will take place Thursday, September 29 at 5 p.m. in the Perry Atrium of the Saab Emerging Technologies and Innovation Center, 39 Plymouth St. (Parking available in North Garage and Riverside Lots, with the entrance on Sparks St.) Immediately following the lecture there will be a short performance by the fadista Tania da Silva and a reception. The entire event is free and open to the public.

From its earliest appearance in the taverns and brothels of Lisbon in the 1820s and 30s, when it combined Afro-Brazilian dances with traditional Portuguese songs, to its current success in the World Music circuit, fado has undergone a dynamic process of change, reflecting overall transformations in Portuguese culture and society over two centuries. The advent of the recording industry in Portugal in 1900, as well as radio in the 1920s, contributed to fado’s expansion and coincided with a growing tendency towards its professionalization and integration into mainstream popular music system, while preserving much of its original poetical and musical content.

The Dictatorship (1926-1974) initially rejected it as potentially subversive and intrinsically immoral, but due to the genre’s immense popularity eventually tried to exploit it as a traditional icon of Portuguese “authentic” culture. This, in turn, made fado the target of intense hostility on the part of cultural elites in the democratic opposition, despite the fact that several opposition poets and composers were associated with its renovation and internationalization in songs made popular by such fado icons as Amália Rodrigues and Carlos do Carmo. After a difficult transition period immediately after the democratic revolution of April 25, 1974, fado emerged as one of the most vibrant and internationally acclaimed elements of Portuguese popular music. In November 2011 fado was included by UNESCO in the Representative List of Intangible Cultural Heritage of Humanity.

Dr. Rui Vieira Nery, pictured above, is director of the Portuguese Language and Culture Program at the Calouste Gulbenkian Foundation, Lisbon, Portugal. He holds a Doctorate in Musicology from the University of Texas (1990) and currently teaches and directs dissertations at the New University of Lisbon. Among his many books is A History of the Portuguese Fado (2012). He was Undersecretary of State for Culture in the Government of Portugal and played a leading role in UNESCO naming fado a World Cultural Heritage. Among his many awards is Commander of the Order of Prince Henry the Navigator, for services rendered to the study of Portuguese culture, and the Gold Medal of the City of Lisbon.