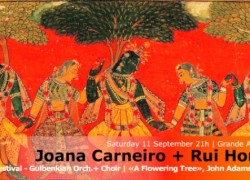 Joana Carneiro, 35, currently the Berkeley Symphony Orchestra conductor, will conduct the Cincinnati Opera premiere orchestra scheduled for June 30 and July 2. The performance will feature  “A Flowering Tree” an opera in two acts composed by John Adams with libretto by Adams and Peter Sellars.

The story is based on an ancient Indian folk tale of the same title and the opera is set for a small cast of three singers (baritone for the narrator, tenor for the prince, and lyric soprano for Kamudha), a large chorus and three dancers.

The opera was commissioned to celebrate the anniversary of Mozart’s birth and it premiered on November 14, 2006 in the Museums Quartier Hall in Vienna, Austria, as part the New Crowned Hope Festival celebrating the 250th birthday of Wolfgang Amadeus Mozart.

This is at least the third time Joana Carneiro conducts “A Flowering Tree”.  It was first presented in March, 2010, at Cité de la Musique in Paris, France, in the context of a festival dedicated to its composer, John Adams, and in September of the same year in Lisbon, Portugal, integrated in the Mozart Festival held at Gulbenkian Foundation.

A native of Lisbon,  Carneiro began her musical studies as a violist before receiving her conducting degree from the Academia Nacional Superior de Orquestra in Lisbon, where she studied with Jean-Marc Burfin.  Carneiro received her Masters degree in orchestral conducting from Northwestern University as a student of Victor Yampolsky and Mallory Thompson, and pursued doctoral studies at the University of Michigan, where she studied with Kenneth Kiesler.  She has participated in master classes with Gustav Meier, Michael Tilson Thomas, Larry Rachleff, Jean Sebastian Bereau, Roberto Benzi and Pascal Rophe. 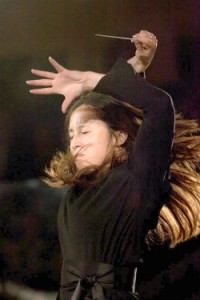 Between 2005 and 2008, Joana Carneiro served as Assistant Conductor of the Los Angeles Philharmonic where she worked closely with Esa-Pekka Salonen. She served as assistant conductor to Esa-Pekka Salonen at the Paris Opera’s premiere of Adriana Mater by Kaija Saariaho and led critically-acclaimed performances of Philippe Boesmans’s Julie in Bolzano, Italy.

In Europe, she has conducted the Norkopping Symphony, Prague Philharmonia and Orchestre de Bretagne, among others. Her Asian appearances have included the Macau Chamber Orchestra and Beijing Orchestra at the International Musica Festival of Macau (China). 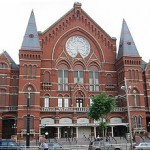 Joana Carneiro is the 2010 recipient of the Helen M. Thompson Award, conferred by the League of American Orchestras to recognize and honor music directors of exceptional promise. In March 2004, she was decorated by the President of the Portuguese Republic,  Jorge Sampaio, with the Commendation of the Order of the Infante Dom Henrique.