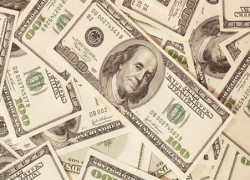 The Long Island Portuguese American Leadership Conference (“LIPALC”) has found thousands of dollars belonging to Portuguese organizations in the United States as the result of a public service initiative coordinated by its Chairman, Gabriel Marques.

Marques serves as the Senior Economic Advisor to the Nassau County Comptroller and has helped identify over $50,000 in abandoned accounts for one of America’s largest counties. Now he is turning his efforts to helping local organizations recapture what are known as “Unclaimed Funds.”

Unclaimed Funds are checks or accounts that have been abandoned, closed or lost over time. These funds are sent to the respective State Comptroller, Treasury or Finance departments until claimed by their owners. So far, LIPALC’s initiative has identified accounts in California, Connecticut, New York, New Jersey and Massachusetts for organizations in education (such as the Portuguese Culture and Education Foundation in NY and Seton Hall Portuguese Club of South Orange, NJ; religion (Portuguese Vincentian Fathers of Waterbury, CT, Portuguese 7th Day Advent Church in East Haven, CT, Portuguese Pentecostal Society of San Luis Obispo, CA, and Portuguese Evangelical Church in Harrison, NJ); and civic clubs (PAC of Farmingville, NY, three Massachusetts Portuguese clubs in Peabody, Chicopee and Boston, one in the Redlands, California, Portuguese Chamber of Commerce in San Jose, CA, Portuguese Football Club of Elk Grove, CA and Portuguese Club in Glastonbury, CT).

Although most amounts are not disclosed until claimed, many accounts are only a few hundred dollars or less. Some, however, can be in the thousands, such as the Portuguese American Soccer Club in Antioch, who has a $2,200 check waiting for them at the California State Comptroller’s Office. Requesting the funds is free and usually only takes a few minutes. “It’s a church’s next electric bill, books for students or new equipment for a soccer academy.” Marques said on a press release.

LIPALC has offered to help organizations get in contact with their local State offices to receive their money and will continue to search the databases. They can be contacted via email at liportuguese@gmail.com or on facebook.com/LIPortuguese