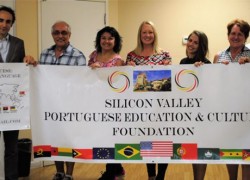 Located in Silicon Valley, the newly founded support group replaces the Portuguese Studies Advisory Board which has served the Portuguese language and culture courses at the university.

The goal is to attract more students and present them with the opportunity to learn a great international language at the university level, while maintaining the language alive within the local Portuguese community.

According to the initiative, students who learn Portuguese will to be more competitive on a global basis by improving their job opportunities. Mostly dedicated to supporting students of Portuguese and Brazilian heritage the effort will benefit the community at large.

Portuguese is the language of Portugal and Brazil and the official langue of  countries such as Angola, Cape Verde, Mozambique, Guinea Bissau, Sao Tome and Principe, and East Timor.