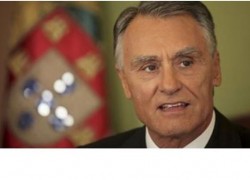 The President of Portugal, Aníbal Cavaco Silva, will be visiting San Francisco in the United States and Toronto in Canada from February 25 through March 1. The President is accompanied by Vasco Cordeiro, President of the Government of the Azores, and Rui Machete, the Portuguese Minister of Foreign Affairs.

Traveling with the First Lady, Maria Cavaco Silva, in San Francisco the President will participate in The Economist’s “World Ocean Summit 2014” scheduled for February 24–26. Also in San Francisco, Cavaco Silva will meet with local entrepreneurs and leaders of the Portuguese American community.

At the World Ocean Summit 2014, hosted in association with National Geographic, President Cavaco Silva will join more than 250 world leaders from business, government, academia, multilateral institutions and NGOs to discuss how economic development and ocean conservation can be reconciled.

On the trip to Toronto, the capital of Ontario, Cavaco Silva will be presiding to the closing ceremonies of an economic seminar and will meet local entrepreneurs and Portuguese American community representatives.

On February 28, President Cavaco Silva will attend a public reception with performances by Portuguese fado vocalist António Zambujo and special guest Portuguese-Canadian pop star Nelly Furtado, at the Elgin and Winter Garden Theatre. For admission, contact the Consulate General at 416 217 0971 or toronto@mne.pt.

Aníbal Cavaco Silva was elected for a first term as president in 2006 and re-elected in 2011. Under the Portuguese constitution, although the post of the Portuguese president is largely ceremonial and the executive power lies with the prime-minister, the president can act to mediate in political crises, dissolve parliament and call early elections.

Portugal’s President, Aníbal Cavaco Silva, addressed the closing session of the World Ocean Summit in San Francisco on Wednesday, the second and final day of a visit to the US that is to include further meetings with citizens abroad, business and investors.

The President on Tuesday met young Portuguese living in the Bay area. In a speech, he recalled that austerity in Portugal had been “harder” than expected, but said that the country’s economy was now on the mend.

Following a breakfast on Wednesday attended by, among others, Ângelo A. Garcia, chairman of Lucas Real Estate Holdings and a partner of film producer George Lucas, Alcino Vieira, the director for the Integrated Center for Learning and Memory, and Manuel Sousa, chief executive officer of the civil construction company G&S Drywall, the Portuguese president is to hold a meeting with California’s governor, Jerry Brown.

That is to be followed by a lunch at the residence of John Mello, an Azorean who has lived in the US for more than 40 years and who is currently chairman of an industrial biotech company. Former US secretary of state, Condoleezza Rice is to be among those attending.

The president’s speech to the World Ocean Summit is at the end of the afternoon. He is to be accompanied at the event by Portugal’s minister for agriculture and the sea, Assunção Cristas, and officials from Lisbon’s Gulbenkian Foundation, from Portugal’s foreign trade and investment agency, and from the port of Sines.

On Thursday, Cavaco Silva is to travel on to Toronto, Canada.