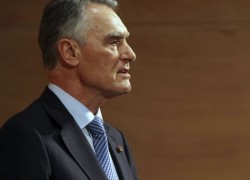 The stopover concludes a three day official visit to the United States where Cavaco Silva participated in the 70th United Nations General Assembly.

At the United Nations, President Cavaco Silva addressed the General Assembly speaking about the most relevant areas of Portuguese foreign policy and about issues related to the participation of Portugal in the United Nations missions. Other speakers included the heads of state of the United States, Brazil, Poland, China, Jordan and Russia, among others.

The focus of meeting with the Secretary-General of the United Nations was the situation in Guinea-Bissau, matters relating to the oceans and their sustainable management, as well as Portugal’s participation in international missions lead by the United Nations among other topics.

On Tuesday, at the request of President Barack Obama, President Cavaco Silva attended the opening of the Leaders’ Summit on the combat against terrorism and violent extremism, followed by bilateral meetings with the President of Kosovo, Paraguay and Colombia.

Also on Tuesday, the Portuguese President met with the Prime Minister of East-Timor, in what was the first official meeting between Cavaco Silva and Rui Maria de Araujo.

President Cavaco Silva is scheduled to return to Portugal on Wednesday September 30.

Aníbal Cavaco Silva was elected for a first term as president in 2006 and re-elected in 2011 for a second five-year term.Under the Portuguese constitution, although the post of the Portuguese president is largely ceremonial. Although the executive power lies with the prime-minister, the president can act to mediate in political crises, dissolve parliament and call early elections.