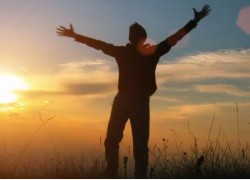 The documentary ‘Portuguese in California’, directed by Nelson Ponta-Garça, is being presented this summer to Azorean audiences on the islands of São Miguel (July 18), Pico (August 1), Faial (August 4), Terceira (August 8), Graciosa (August 10 and 12) and São Jorge (August 15).

A bilingual production, cosponsored by the Government of the Azores, the documentary has been already presented internationally to Portuguese diaspora audiences in over 12 countries.

The film features the immigrant experience of the Portuguese community in California, its rich history and culture, capturing the Portuguese contributions to the west coast from fisheries and agriculture to Hollywood.

Nelson Ponta-Garça, a native of Los Gatos, California, is a first generation Portuguese American with roots in São Jorge island. A former student from the Universidade Nova de Lisboa and the Berklee College of Music, he is the founder and owner of NPG Multimedia Productions in the San Francisco area.  About 90 percent of the Portuguese immigrants who established roots in California came from the Azores.