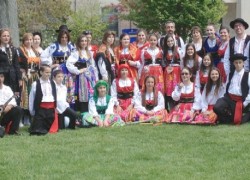 On May 5th, President Tony Da Silva and the Mineola-based folklore groups Rancho Juventude and Sonhos de Portugal performed before a crowd of over 350 during the “Spotlight on Portugal” segment at Hofstra University’s 30th Annual Dutch Festival. 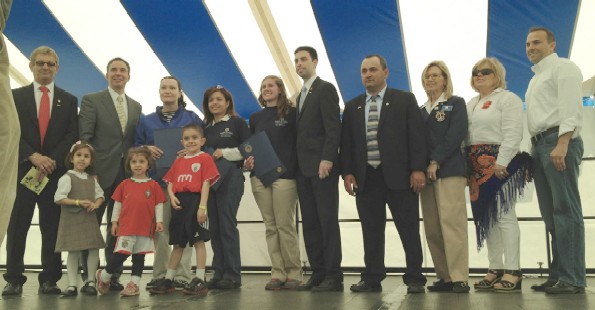 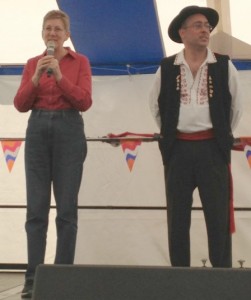 From left: Nancy Solomon, Executive Director of L. I. Traditions and Tony Da Silva, President of the Ranchos.

President Da Silva was then introduced, joined by Nancy Solomon, Executive Director of Long Island Traditions and adjunct professor of anthropology at Hofstra, to detail the history and significance of ranchos in the Portuguese culture.

After the formalities, the sounds of castanets and concertinas took over, complementing the colorful display of traditional dresses and suits from the dancers. Performances were also supplemented with President Da Silva’s periodic explanations to the audience of the group’s instruments, clothing, traditional farming tools and singing.

Members also distributed traditional Portuguese snacks of lupini beans and black olives to the crowd, giving the event a humbling experience of how farm life was like in Portugal during the mid-1900’s.

“What Tony [Da Silva], Joe Pontes and the rest of the directors of the Rancho groups have done and continue to do for our community is immeasurable and we are truly grateful for all their time and commitment,”said New York State Senator Jack Martins.

For  Hofstra’s Alumnus Gabriel Marques ,  he felt lucky “to have great local support, like that from Hofstra University, allowing us to showcase our community in notable events and continuing to represent ourselves as one of the many diverse cultures that make up the fabric of Long Island,” he remarked. 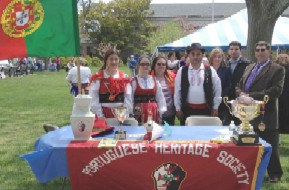 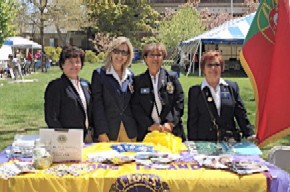 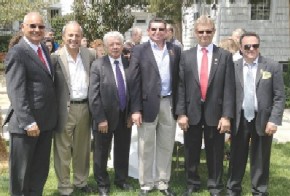 The Portuguese American community appearance during the Dutch Festival marked the official “kick-off” of June as “Portuguese Heritage Month” in Nassau County. The community has events scheduled each weekend in June, which combine into a month-long celebration of “Dia de Portugal” (Day of Portugal), the largest holiday of the Portuguese communities world-wide.