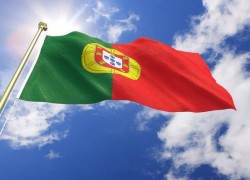 The Assistant Secretary for External Relations of the Government of the Azores starts Friday, June 9, a three-day visit to the United States to participate in the celebrations of Portugal Day in Providence, Rhode Island, and meet with the Azorean community and institutions.

On Friday, June 9, Secretary Bettencourt will address the Rhode Island State House during the official ceremonies of the celebration of Portugal Day. The event includes a flag raising ceremony at the Providence City Hall.

Later, Secretary Bettencourt will deliver a message to the Azorean community at an event honoring the Azores Day, promoted by Casa dos Açores da Nova Inglaterra (CANI), Fall River, (MA) in collaboration with the Consulate of Portugal in New Bedford.

This event includes a lecture on Azorean writer, Vitorino Nemésio, delivered by his granddaughter, Luísa Nemésio, and a video screening featuring testimonials from Azoreans on the Autonomy regime of the Azores.

Rui Bettencourt, who is accompanied in this visit by the Director for the Azorean Communities, Paulo Teves, will also meet with the International Network of Social Intervention, in New Bedford, and organization which supports the community in the areas of legal counselling, citizenship, health rights and social inclusion.

On Saturday, June 10, Secretary Bettencourt meets with the board of directors of Casa dos Açores da Nova Inglaterra and participates in the Waterfire Providence, taking place in Kennedy Plaza in Providence (RI).

For the Portuguese people living abroad, Portugal Day is the time to display their heritage and ethnic pride. It is estimated that over 5 million Portuguese nationals live abroad. The total resident population of Portugal is estimated at 10,560,000.