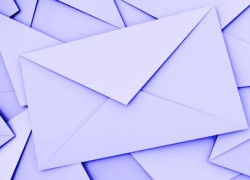 For a few months a group of immigrants resident in the United States and Canada and with origins in the Azorean islands has been formed to lobby members of the administration of SATA airlines to try to resolve several problems that they are very much concerned about.

Despite the complaints presented by “Clientes insatisfeitos da SATA” (Clients not satisfied with SATA) through E-mails, Facebook and letters, the group has been totally ignored by SATA’s management.

Keeping in mind that SATA has an exclusive right to fly from Ponta Delgada/Boston/Ponta Delgada and Ponta Delgada/Toronto/Ponta Delgada, the airline can charge its customers as much as it wants because it holds the monopoly on those routes; thus, there is no competition at all, leaving passengers with no other option but fly via SATA.

These complaints were presented to the Azorean Government that promised to bring those issues to a proper committee to study the grievances that consist mainly of higher than normal prices per ticket per passenger and excessive charges for extra luggage that can be very costly and exceeds charges brought by other airlines that charge an average of $20.00 or $25.00 per bag while SATA has been charging as much as $200.00 per bag.

Designated seats can be bought at an extra cost but many times those seats are not available as promised for one reason or another. Other small inconveniences have occurred such as air conditioning not working properly (making passengers feel very uncomfortable), meals that are not served at proper temperatures and more often than not SATA crew could use some attitude adjustment.

Other little inconveniences have occurred such as the loss of a pet that showed up three weeks later at the same airport in Lisbon where it was lost. It is a mystery how the cat named Ravi survived the ordeal, showing up with no signs of distress and in very good health.

Another complaint that was registered by the group “Clientes insatisfeitos da SATA” is the lack of respect for schedules. Delays without justification happen too many times, more often for mechanical reasons that are never explained to the passengers although the company has an excellent safety record.

In October of this year, Mr. Luis Parreirão, SATA’s CEO in S. Miguel, Azores, in a public forum introduced a scale of “worries” and “ambitions” where a new model of air transportation was needed for the Azores. He has even admitted that the company has to change and perform significantly better in order to compete and to bring tourism to the Azores. M. Parreirão also stated that SATA has had some difficulties and has to create a new service format for its customers, including a better interaction with its customers and better understanding of the market.

Former president of the Azorean Government, Carlos Cesar, stated in the Azorean newspaper, “Correio dos Açores” edition of October 31, 2014, that SATA should concentrate on  more professional and selective routs of public service, between the Azores and North America, renew the fleet, restructure personnel and find external partners for its capitalization.

While all of this is going on, SATA is facing a budget deficit of nearly $16 million dollars for this fiscal year of 2014. As a result, it has become much more difficult for the company to maintain a record of safety and satisfaction amongst its clients.

A solution has to be found as soon as possible and it is the responsibility of SATA’s management team to work a little harder to bring back the good ratings that they used to offer not too long ago.

“Clientes insatisfeitos da SATA”  has been and will continue to be advocates for the Azorean immigrant population residing in the United States, Canada and Bermuda, to have more affordable ticket prices and eliminate or at least greatly reduced charges including luggage charges.

Meanwhile the Azorean Government should have and probably will work on the Petition by the group for SATA to find a quick solution for these symptomatic problems in order to serve the enormous number of emigrants who want to visit their beloved Azores.