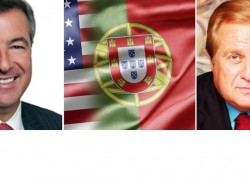 According to the announcement, both individuals will offer their expertise “to enhance Lusitania Consulting’s capacity to provide businesses and entrepreneurs from Portugal and Portuguese speaking countries discounted marketing, public affairs, and government relations services.”

Pedro J. Belo is a Senior Advisor Consulting and president of JBelo Consulting a financial consulting agency headquarters in New Jersey. He served has the former President of the Portugal-US Chamber of Commerce in New York and has worked in banking, financing and management in both the United States and abroad.

Professor Vasconcelos e Sá is the head of the the Vasconcellos e Sá Associates, a family office which specializes in links between Northern Europe as the Portuguese speaking countries. The firm has worked for companies such as Shell, Unisys, IBM, Pricewaterhouse, KPMG, Glaxo, B.P., Metro, Scottish and Newcastle, Sara Lee, among others.

NOPA has also disclosed that the organization has “received funding from a private donor to implement a social enterprise program, Lusitania Consulting” with the mission: (1) to assist businesses and entrepreneurs from Portugal and Portuguese speaking countries with discounted marketing, communications, and public affairs services; (2) provide mentorship opportunities to young entrepreneurs by working with seasoned industry professionals; and (3) donate proceeds from revenue to the Portuguese American community by supporting local schools and social programs.

Established in 2014, Lusitania Consulting has the social mission to serve “as a strategic consulting group that is uniquely positioned to provide Portuguese businesses with a full spectrum of marketing and consulting services towards cross promotional needs.”