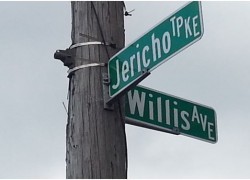 For the first time in their over 100 year history on Long Island, the Portuguese community will have a parade in Mineola. On Sunday June 8th at 11am over 50 groups will ride on colorful floats and display their Portuguese pride. Long Island is home to almost 20,000 residents who are Portuguese or of Portuguese descent.

The Day of Portugal, Camoes and the Communities is a holiday celebrating the history and heritage of the Portuguese people throughout the world. Being the first, this year’s Grand Marshall Honor has been bestowed upon “The Children of the Community,” in recognition of the importance of the youth in the preservation of our culture and ideals. One child representing each organization will walk alongside a list of Honorary Marshalls that include Portuguese-American’s New York State Senator Jack Martins and Mineola Deputy Mayor Paul Pereira.

The parade will assemble at 10am on Jackson Ave (behind Chaminade High School) and start at 11am in front of the Mineola Portuguese Center. Attendees will march down Jericho Turnpike (which will be renamed “Portugal Boulevard” for the day) to Roslyn Road, head south to Westbury Avenue, turn East to Union Street (1.5 miles long). The parade will end by entering Union Street under an arch of two-story American and Portuguese Flags draped from the top of two fire department ladder trucks and continue into Hampton Street School. The parade will come to a close on the football field where the bleachers will be used as a viewing stand and a stage setup at the 50-yard line will feature music groups and bands throughout the day. Attendees will also enjoy the Portuguese American Feast & Carnival at Wilson Park across the street and street fair on Union Street showcasing a wide variety of Portuguese-owned businesses throughout Long Island.

Floats/Music: Over a dozen floats, representing monuments and regions of Portugal will glide down Jericho Turnpike. Among a few of the more notable are a replica of the National Monument to the Discoveries in Lisbon, a replica Caravel boat, a live performer singing the traditional Fado, another with live animals and a surprise entry by restaurateur Manuel Carvalho of Bairrada Restaurant in Mineola. In addition to the floats, the parade will include dancing from 6 folklore groups, over 20 classic cars, dozens of motorcycles, farm equipment and even the local youth soccer academy playing a game as they make their way down the turnpike.

Music will be provided by the marching bands from Chaminade and Mineola High Schools and a collection of more than 50 concertina players from around the tri-state area.

In addition to the local organizations from Queens, Nassau and Suffolk Counties, the parade will also feature folklore and fraternal groups from Westchester, New York; a North-American award-winning folklore group from Ontario, Canada; Elizabeth, New Jersey and Manassas, Virginia. The Mineola-based Irish American Center of Queens, Nassau and Suffolk will also be participating representing a wide-array of diverse Irish fraternal groups.

PHOTO: The historic intersection of Jericho Turnpike, home to the Mineola Portuguese Center, and Willis Avenue, home to the Portuguese Heritage Society-Lusitano and Alheirense Cultural Center, will be an emotionally symbolic juncture during the parade for many in the community.

More information is available  on facebook.com/LIPortuguese