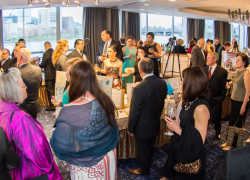 “We are honored to be able to count on the generous support of these companies and organizations, without whom it would be impossible for us to put together this wonderful yearly event honoring five outstanding members of our communities,” said Paulo Pinto, MPA, MAPS Executive Director.

Gala sponsorship as well as advertising opportunities for the MAPS 2017 Awards Gala Program Book & Community Directory are still available by calling (617) 864-7600 or visiting www.maps-inc.org.  The same contacts can be used to reserve Gala seating at $100 per person, which supports all MAPS’ programs and services.

MAPS provides cultural and linguistically competent services for Portuguese-speaking communities and other Massachusetts residents with continued support from United Way of Massachusetts Bay and Merrimack Valley and many other private and public funders. The organization has offices in Cambridge, Somerville, Brighton, Dorchester, Lowell and Framingham.