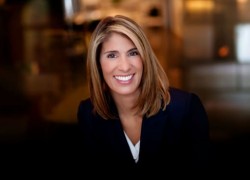 Democrat Lori Loureiro Trahan, of Portuguese descent, is running for Congress in the Massachusetts 3rd Congressional District. She is representing Lowell in the primary elections, to succeed US Rep. Niki Tsongas (D-Lowell).

Lowell, with a population of 106,000, is the largest city in the Merrimack Valley-based district with a large community of Portuguese and Brazilian residents.

The 3rd Congressional District extends from Haverhill in the northeast through Lawrence and Lowell in the Merrimack Valley, to Gardner and Fitchburg in the west, and southward through Concord and the Nashoba Valley to Hudson, Marlboro and Clinton.

Ms.Trahan, 44, a resident of Westford, is one of 10 Democrat challengers representing the 3rd District in the primary elections. She is one of four women running.

The primary, scheduled for Tuesday, September 4th, will decide which Democratic and Republican candidates will go on to run against one another in the general election scheduled for November 6th.

With lifelong roots in Lowell, Ms. Trahan is the granddaughter of Portuguese immigrants. Her grandparents are Fernando de Freitas Loureiro from Figueira da Foz, mainland Portugal and Adalice Teodomira Cunha Leite born in Bahia, Brazil. After the death of her mom her grandmother was sent to live with relatives in Graciosa, Azores. Both grandparents emigrated to the United States in late 1930’s where they married in Lowell in 1944.

Ms Trahan’s mother is a homemaker and her father Tony Loureiro is a Lowell ironworker and union organizer. She played volleyball at Lowell High School and went Georgetown University on a volleyball scholarship and later worked as a chief of staff for US Rep. Martin Meehan (D-Lowell) from 1993-2007.

Born and raised in a working class family in Lowell, Lori Loureiro Trahan is a well-qualified candidate who understands the plight of workers and the struggles of immigrant families. 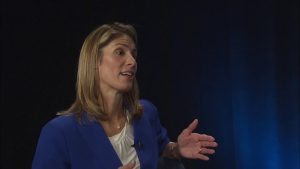 A mother of five, currently she dedicates herself helping other women into leadership through a business consulting firm she has founded with two other women.

According to her campaign fundraising effort, she has received more donations from inside the 3rd District than her 10 opponents combined. Since its launch in October 2017, the campaign has raised more than $530,000 from donors in the district, compared to $500,000 by her 10 opponents collectively.