Community: Lectures on the ‘History of the Portuguese Age of Discovery’ open to the public – UMass Lowell 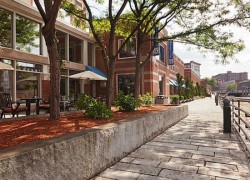 The University of Massachusetts Lowell has announced a series of four lectures presented by Prof. Ana Valdez, the inaugural Luso-American Foundation Visiting Professor in Portuguese Studies in the UMass Lowell History Department. The lectures, free and open to the general public, are scheduled for March and April, beginning on Thursday, March 12.

Professor Valdez will offer and “Overview of the History of Portuguese Expansion and the Development of the First Global Village” in the context of the ‘History of the Portuguese Age of Discovery.’

The sessions, including wonderful visual material, will consider the first encounters between Christians and Muslims, Europeans and Africans, Asians, and Americans; from the slave entrepôts of West Africa, to the spice markets of India, to the bustling cities of China. By the early decades of the seventeenth century, European merchants, missionaries, conquerors, and adventurers would establish colonies and trading outposts from the Pacific coast of the Americas to the farthest shores of Asia. In some regions, these Europeans would seek to replace the civilizations they encountered with new ones made in their image; elsewhere they would seek to be recognized within existing networks of trade, politics, and culture.

No previous knowledge of Portuguese history or Portuguese language is required. To register for the four-part series, contact Natalia Melo at natalia_melo@uml.edu or call the Center at 978 934 5591 by February 28. For information regarding the content of the lectures, please contact Dr. Ana Valdez at ana_valdez@uml.edu.

Established in 2013, the Saab-Pedroso Center for Portuguese Culture and Research, Prof. Frank F. Sousa, Program Director, offers Portuguese language and culture courses with the objective of establishing a minor and a Bachelor of Arts in Portuguese at the University of Massachusetts Lowell.