Katy Perry twitted her fans Friday directing her followers to Vogue magazine: ‘I see you @voguemagazine July cover! http://instagram.com/p/aisdhev-R_/ Go to http://j.mp/11el1ZM for the full cover! #KatyPerryJulyVogue,’ she wrote.

Vogue  also teased  Katy’s fans with an announcement stating, “leaving pop novelty and broken hearts behind her, Katy Perry has grown into her formidable talent.”  The full cover story would be available online on Tuesday, June 18.

Katy Perry,28, who has acknowledged her Portuguese heritage, was born in Santa Barbara, California, from parents of German, English and Portuguese descent, more specifically “Azorean” with roots in Horta, Faial island.

On January 2012, Perry was honored as favorite female artist, at the 38th annual People’s Choice Awards, in five categories and was named Billboard’s woman of the year.  She was the second artist in the history of Billboards’ Pop Songs chart to take five tracks from a single album.

In 2011, Perry was also the biggest winner at the 2011 MTV Video Music Awards with Video of the Year for “Firework”, Best Collaboration, and Best Special Effects. 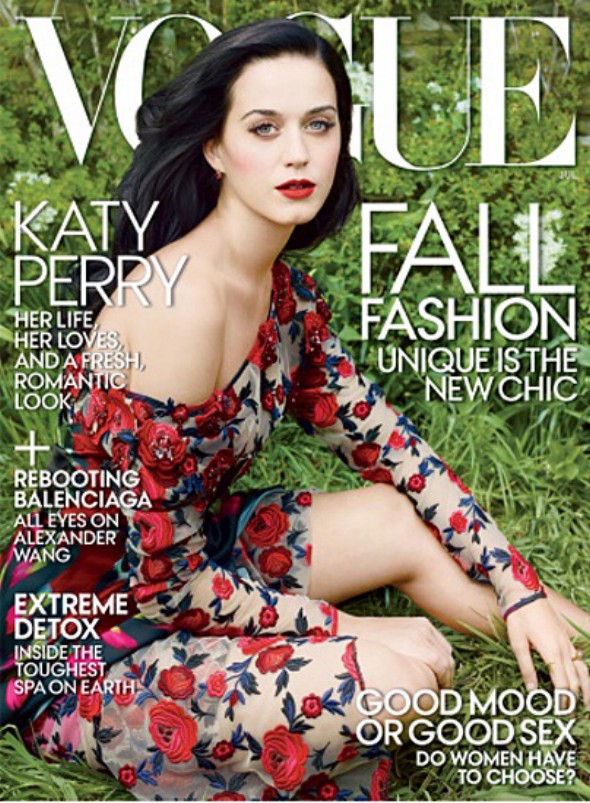